At PESTFREE our technicians are highly trained in carrying out visual inspections, combining this skill with the latest technology in termite detection.

By using thermal imaging we can effectively;

Moisture meters are also used by our technicians in order to;

Timber sounding tools or “Dongers” are used to;

Don’t be alarmed when our technician walks in with a screwdriver, it is used to check for blistering of timbers in which active termites may be foraging. Our technicians also carry maglite torches, which are high powered torches and approved according to Australian Standards for termite inspections.

To arrange for your Termite or Pre-Purchase Inspection report call us now for an obligation FREE QUOTE on: 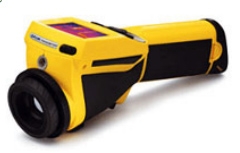